So in the painting class I am teaching, my current philosophy is to find something I think will excite the kids. I am trying to win hearts and minds. I believe all knowledge comes from art, so I am into my thing when I am teaching. I also will have days where I have to teacher very technical things, I ask for help from the students and explain the necessity.

We are working on a massive installation right now. We are turning the art room into the lost boys hideout. So in terms of management I have had one group of students helping with setup so I can be free to move around the classroom. Another working with airbrush for the next few class periods. Some are in planning stages. Some are building things with masking table and paper. A few went to making foliage with out prompts. Two girls are building a large tree. Another two are making a mermaid.

I would not feel comfortable with this project save for the following reasons:

– I have built a certain level of trust
– I did another literature based lesson earlier on
– They have had several lessons about color, value, perspective etc.
– I have been able to divide the classroom in to differentiated sections for other lessons

So prep is a big part of setting the tone for a good environment.
Also, I have been told by my supervising teacher that this project is more true to life about how an art studio works. It was good to get that reinforcement and I agree, folks working together can make things happen. I think there is a thought rolling around in my head, what if I never get to do this again? It definitely motivates me to do more and not be cynical.

Management strategies:
Opening the lesson:
With the younger grade schoolers, every lesson is started after everyone gathers on a big blue rug. Then there is a long demo for whatever the project will be. In this case drawing turkeys. There is usually small disruptions, which are put out quickly. I’ve only seen k-1 get riled up to the point everything has to stop for awhile.
During the lesson:
The students are then given their paper and markers. Or whatever the materials maybe and they are set to work. There is some amount of bouncing around and asking questions. Finished products go on the drying rack or the shelve belonging to that teacher.

Close of the lesson:
Unless the project is very messy, which could take twenty mins to clean up. They have about ten minutes to clean the room. I would call this part of the lesson because every medium presents different challenges, i.e. watercolor brush water should be changed out during the process of painting. Or tempera paints may take longer if they are splattered on tables.
Transitions:
The class coming in has to line up outside the room before they come in. The class before leaving lines up in the room to wait a min for their teacher. At the end of class there maybe a few stragglers that need to be guided towards the door. Students write their names on the board before going to the bathroom.
To apply in my own classroom:
When I have run classes at the same grade level I do not have them sit on the floor. I think that the teacher I am working with tries to use a longer demo to calm them. Which can also backfire. I usually have them crowd around a table, and I run shorter demos to maximize work time. I have not had this backfire, but with a rowdy group it could. Also prep for any lesson is vital, as such we have spoken about whatever it is to be taught before hand and if any paper needs to be cut etc.

I got this off of another video from the original web search. I shifted my original web search from student teacher relationships which became a list of sex scandals to positive student teacher relationships. I found this ted talk interesting. I really dig the line”give the students low grade clerical work and well you can expect them to be fidgety” in response to ADHD…also watch for the nice flowery and not so flowery metaphors.

Another relevant article. Keep trying. And again be appropriate.

I was slightly frustrated in this search, going for several pages and finding nothing for an arts classroom.

Every person has potential in a classroom. We can show possibilities, however it is ultimately up to the student to make a choice to do or not to.

With younger students I have found that  delegating is the most effective way to keep them on task. The same is true of older students, however with older students this can happen much faster and without too much repetition. Also showing the students that you are willing to do the same work they are gives weight to your words.

The first line of this article is racist, “Caucasian Race”. For someone to be using the dated five race theory and writing article claiming to step into the 21st century this is unsure footing.

If current genetic theory is taken into account then all human beings on earth have common ancestry from africa. I believe we as human beings are to be some 33rd cousins at the farthest relation according to that science.

I also dislike anglo as a descriptor for western culture. It implies that lighter skinned people are somehow all english. We certainly don’t speak the queen’s english in north america.

I also would challenge his phrase,”the western mind”. Which west? Western like the magnificent seven? The western hemisphere? Western Civilization starting in mesopotamia? Or does he mean the colonial system?

Non-Native is like saying Non-western. The language is divisive, there is an us and them-ness about this. Why?

I have also met folks from the village who have gone to schools outside and brought that wisdom back to their communities. One is a c.e.o in a Native corporation the other is a leading voice for clean energy in rural communities. Learning how to negotiate with the colonial establishment is vital for the future.

Also why are there not any stories of success like this in the article?

I have also had a coworker who had left the village lived outside(Alaska) he was a wanderer, but he eventually came back to Alaska. We had distinct cultural differences, however we both journeyed outside and came back so we traded many stories. He  not know how do deal with an office environment(during meetings he would stare at walls or avoid eye contact, and had notions about suicide and eventually quit that job for another job.

Again there is a general in the article, lacking the specific. Who were the people working those low rung gigs? Tell me there story, if not why should I believe you?

I have been in discussions about this in other classes. I believe that Alaska Native culture should not be taught to native children by colonial schools. It must be lived in their communities. I do not know that this article is actually in support of that, that maybe the final message say “change” however the underlying language is “we will give you your stuff back when we are good and ready too.”

1. Students will be expected to participate. (Not participating is the only way to fail in art)

2. Students will be respectful. (Of one another, the staff, the studio)

3. Students can negotiate the parameters of any assignment. (i.e.  The student wants to  use spray paint instead of acrylic paint for the picture of Dr. Jekyll and Mr. Hyde in two weeks)

4. Students have bargaining power as a group. (If the students have a problem they are free to elect a representative to bring a topic for discussion. And or make requests about what is being taught. A teacher is in the service of students not the other way around.)

I do not know if I would post any rules unless I were teaching a class somewhere in k-6…and only of I were the home room teacher. Many art teachers are specialists that bounce around from classroom to classroom. Other than that posting rules in an art room in my opinion is asking for trouble. Maybe in a high school setting they could get them in a syllabus print out. 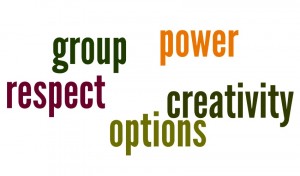 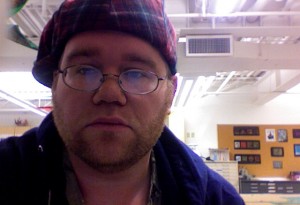 Salutations. My name is Nic Sweet. I am an Alaskan artist. I have my BFA in Character Animation from Calarts. I have been back in Alaska for a couple years now with my family. I will be in the art room at Polaris K-12 for the duration. Peace, Nic