I did my best to rip this paper a new one.  I really did.  For whatever reason, the first article “Cool at 13, Adrift at 23” (Hoffman, 2014) rubbed me the wrong way, and I was ready to completely dismiss the original article, “What Ever Happened to the ‘Cool’ Kids? Long-Term Sequelae of Early Adolescent Pseudomature Behavior” (Allen et al., 2014)  when I read it.  Maybe I just don’t like the  predeterministic idea that who you are at 13 guides who you will likely be at 23.  Or, maybe, I’m just biased toward thinking that these types of studies actually  have a predeterminist component to them, rather than just being an interesting insight into human behavior (I know, the first paper mentions people who defy the trends, but by that point in the article, my hackles were already raised).  After reading (and combing through the paper for statistical validity), however, I did find the paper and its conclusions to be mostly  very sound.  Anyway, here’s what I came up with.

Really, the biggest complaint I can take up with this article is how quickly they seem to dismiss the role that family income plays in this whole equation.  While the authors do mention that there was no moderating effect of family income (i.e., students from wealthy families display the same correlative trends as students from poor families), I see a discrepant piece of  data not discussed  anywhere else in the text.  Family income, which had a significant effect on popularity of the students (see Table 2), introduces an entirely new explanatory variable for popularity.  For instance, perhaps students become more perceptive of markers of income differences (e.g., quality of clothing, speech patterns) as they age, and make conscious or unconscious friendship choices based on these markers.  What I’m trying to say here is that maybe the issue isn’t quite as simple as the authors make it out to be.  Human brains are complex.

That said, if we do accept their conclusions, the results pose an interesting problem for educators: how can we try to reverse this trend?  How can we ensure that we set up all students for success, regardless of prejudices we may have against students who appear headed toward “delinquency?”  As a high school teacher, I see students who are usually past the initial observation point of this study (the 13-15 range).  Do I simply write  these students off as a “lost cause” because a study showed that’s how they’ll probably end up? I think it is our responsibility to be aware of this issue and make a strong, concerted effort to head these students off, so that they can enjoy the same benefits of acceptance coming from well-developed, healthy relationships that their peers will enjoy in later years.  Maybe the outliers in this study (those who defied the trend and grew out of their risky behaviors) had someone in their lives who intervened at this critical developmental point.  Maybe that person was a teacher. 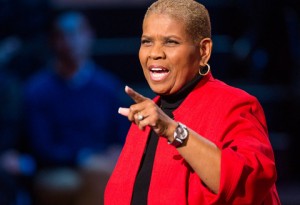 This blog discusses ways to build positive relationships with English language learners.  The ideas presented are very specific and helpful, such as having students write a weekly reflection that gives immediate feedback to the teacher so that they can restructure if necessary, regular check-ins, and using a teacher-student letter exchange.  Some of the ideas are not necessarily limited to improving relationships with ELL students, but with all students in the classroom.

This TED Talk features Rita PIerson, a life-long teacher.  Her message is simple: “kids don’t learn from people they don’t like.”  For this reason it is so important to show your students that you like them, even if you don’t. She talks about her experience building relationships with her students, and how she works to bring up their self-esteem.  It is a very interesting talk, well worth a watch.

For me, this article on one of the difficult dilemmas faced by educators today: how do we encourage high standards for students while also being sensitive to the demands placed on them by school, parents, and peers?   I have had students confide in me that they feel like they are “a failure,” simply because they are not performing at the level that they want for themselves.   Seeing others getting by seemingly effortlessly only adds to this feeling – when all of one’s peers project an outward air of ease without acknowledging the difficulties they are going through, it is easy to feel as though you are the only one struggling.   In reality, we all have our own personal difficulties to overcome.

At the university level, there are frequently many resources for students who suffer from depression or suicidal thoughts, such as free counseling at UAF.   FERPA regulations make it illegal for grades to be dispersed to parents of university students, although this can be worked around by a highly motivated parent with moderate ease.   At the high school level, fear of failure and fear of not matching up to their peers are extreme challenges for many students.   As an instructor, I try to acknowledge students’ value in ways that are not necessarily tied to their academic achievement, such as being generous or kind to their friends.   As much as we want our students to excel academically, it is important to remember that this is not the only measure of success in life. 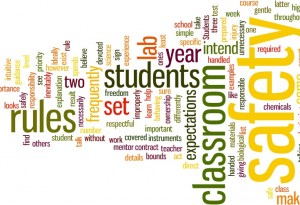 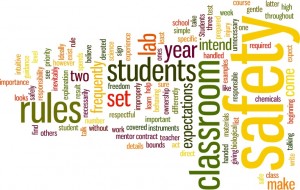 Ideally, I intend to work with my students to come up with a list of classroom rules for the year — a set of expectations that they can take ownership of, and responsibility for throughout the year. I find for myself that if I am handed a set of rules without some explanation of why they are important, I inevitably test the bounds of those rules or write them off as unnecessary. I don’t expect my students to act any differently. I believe that giving students some freedom to direct their classroom experience (with some gentle guidance, of course) will help them to see the importance of the rules and why they should exist for their classroom. I do, however, intend to make sure that at least three simple ones make it into their rule set: be safe, be respectful, and be responsible.

While latter two are frequently intuitive to students at the high school level and can be covered with a few examples (don’t talk while others are talking, come to class prepared to learn), in a science classroom safety is necessarily the number one priority; there are frequently instruments, chemicals or biological materials that can result in injury to the student if handled improperly. My mentor teacher spends the week or two at the beginning of the year devoted to safety in the lab, and what that looks like in her classroom. Students are required to sign a lab safety contract that details specific rules and expectations for behaving safely in the lab.  From the onset, she attempts to establish a culture of safety in the classroom, and reminds students of safety concerns prior to any lab.

I found the following link to be an interesting resource for science classroom management: https://ict-in-science-education.wikispaces.com/file/view/Classroom_Management.pdf 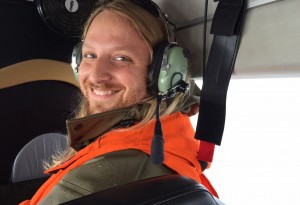 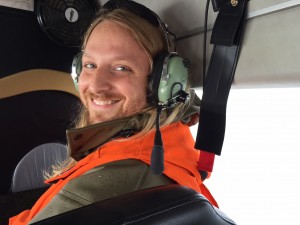 Hello!  I finally have access to this blog, so I’m catching up with my introduction.  My name is Jonny, and I am currently enrolled in the teaching license program (non-masters).  I did my undergraduate degree at University of Oregon in Biology, and recently received my M.S. in Biology from UAF.  I am currently working under Elizabeth Beks at North Pole High School, teaching Biology and Forensics classes.

I became interested in education during my undergraduate study, where I had professors who were committed to teaching biology through active learning.  I was so struck by the difference between courses that were taught through the traditional lecture/listen method ones with an emphasis on active learning that I began to think about how different my own experience could have been in secondary school.

My hobbies outside of teaching include making music, hiking, biking, skiing, and board games.  During the summers I work as a field biologist for the US Forest Service.  I look forward to making this journey with all the rest of you wonderful teacher people!