I don’t want to burden anyone with reading a massive rough draft so I am going to post a single section . Thank you for looking at it.

I think students should have a role in establishing rules and procedures. I believe that by having students participate in creating the rules, then the student made rules will hold more weight in their minds. By having the entire class take part in setting their own rules, students are given a voice in the system that governs them. I believe that by letting the students have a voice it will lead them down the path of becoming active part of society and hopefully become more aware of why the rules are in place. Along with the benefits of influencing students to become aware of the rules that they are held too, I believe that the by making the process into a class project students will  develop a classroom culture. What I mean by this is that students will get to know each other, what’s important to everyone, and break the ice between students to create a positive environment. An environment that lets students learn..

Suicide is a topic that needs to be addressed in the education field. In recent years it’s been on the rise. The article that was assigned brings in a frighteningly large number of suicides.1,100 suicides. 1,100 is the approximate number of undergrad suicides that happen each year. That is an alarming number. My k-12 school has 475 students. This means it would that the average amount of suicides is double the population of my school with some added change. That is a lot of people.

I am not a psychiatrist. I am not a grief counselor. I am a teacher. As a teacher I will always keep an open and safe room. I want to let students know that I am there for them. That life gets better. Let them know that I am a real person who wants the best for them. To show my humanity in the classroom. I will listen to my student problems and report any observed suicidal traits to someone who can help my students. All in all I will put myself out as a source of support, safety, and attempt to make meaningful teacher student connections through my kind personality.

After reading through both articles I was left with a lot to think about. Both articles cover aspects of teaching that often get overlooked. In the What I wish my Professor had told me article, Jennifer Collins explicitly says that a passion to work for kids isn’t enough. There is assessments, paperwork, grading, and time management. I honestly feel like most of my education professors have warned me and told me similar things. So I am not as blind sided to the insane amount of work that goes on to being a teacher. It was still nice to read another teachers advice.

“Let’s care shine through” article focused on reminding teachers and soon to be teachers that kids always come first. It reminds teachers not to hide their human side from their students. To, sorry to re quote the title, let the care shine through. The story of not sending the child to the office for not having a uniform stood out to me. It’s such a simple gesture but it lets the student know that they are wanted in class. That the teacher cares for them to be present.

To answer the question of how I will create a safe and engaging learning environment for all students, I would let kids know I am here to help them. My plan to do this I will teach with enthusiasm, hold high expectations, let student know I will care, and just be myself. 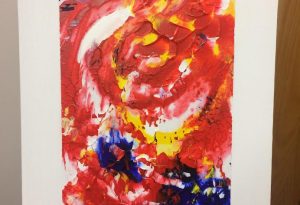 Personalized learning is a teaching strategy that curates a lesson plan to meet the needs of the students. This can mean including various instructional methods or even adjusting the pace you teach a class. After doing more research online I found that one of the biggest debates around utilizing personalized learning is the use of technology in the classroom.The article that was assigned talks about the positives of personalized learning. The title even encourages us to celebrate its arrival.Carol Ann Tomlinson, the assigned article’s author, believes that the coming of Personalized learning is the first step in “linking students with meaningful learning, enabling collaboration that extends human understanding, and preparing students for a world that will demand of them both reason and wisdom(Tomlinson).”

To counter Tomilsosn’s point Alfie Kohn believes that personalized learning is just a way to sell specialized technology and software. The strongest aspect of Kohns article is the aim of Personalized learning is to increase test scores. Kohn talks about how being asked to keep track of progress won’t magically make kids passionate about math and science. Kohn then leads his discussion that ‘personal learning’ is impactful but not personalized curriculum that aims solely to improve standardized tests.

My opinion on the matter is in the middle of the road. I think both sides of the argument have valid points and counterpoints. I honestly think that I need more experience in the classroom before I decide what teaching strategy has merit and which does not.

Also because I want my post to have some color here is a painting I created a while ago. 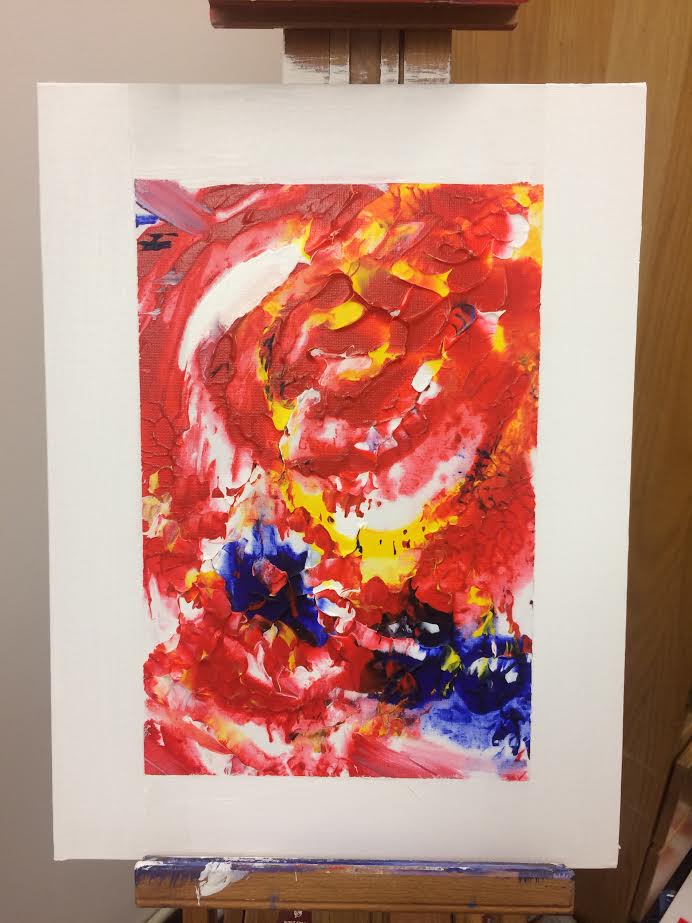 DACA stands for Deferred Action for Childhood Arrivals. It is a government program created in 2012 under Obama’s administration that allowed people under 31 to be granted a temporary pardon to “receive permission to work, study and obtain driver’s licenses.( )’ DACA is in place to protect minors who were brought into the country illegally by their parents.There are 800,000 people in the DACA program who are protected under the DACA program. These 800,000 are known as the Dreamers.

My response to this whole ordeal is to see how things play out. I don’t think that sending by sending the 800,000 DACA members from their homes will help out America. The requirements for DACA requires the members to be actively studying or working. Removing 800,000 people from the upcoming work force would be a noticeable change. I think that this decision is rash and lacking in foresight.To bring this back into the realm of education, I believe as teachers we need to be able to react to changes. Be it flooded schools, new laws, or something as minor as a student destroying a lent book. I think teachers need to be able to react to the best of their abilities to receive these changes and attempt to educate their students to the best of their abilities in spite of that. 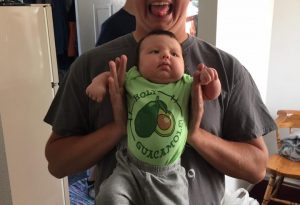 After Jennifer Moss helped me through my problem I am finally able to post here. If anyone reading this needs help go to the help link on the UAF community site and fill out the google form. You should get a quick reply. With logistics out of the way,I will get back to the introduction.

Hello everyone, my name is Ben Schlegel. I live in Anchorage with my family. For fun, I enjoy engaging in artistic activities , playing video games with my friends, and listening to an unhealthy amount of music. Just recently I graduated from UAF with a bachelor’s degree in English. As of this semester I am pursuing a master’s degree in education in UAF’s education departments one year teaching certification programs. I am taking this class to learn methods other teachers use to manage their classrooms. While this class is required I hope that by taking it seriously I will be exposed to the many methods of classroom management. By learning methods that work I aim to put them to the test during my time interning at Polaris K-12. I envision my education program to be a stressful, sleep deprived, and fulfilling time in my life. As well as putting my coffee machine through the ringer. I am excited to get started. 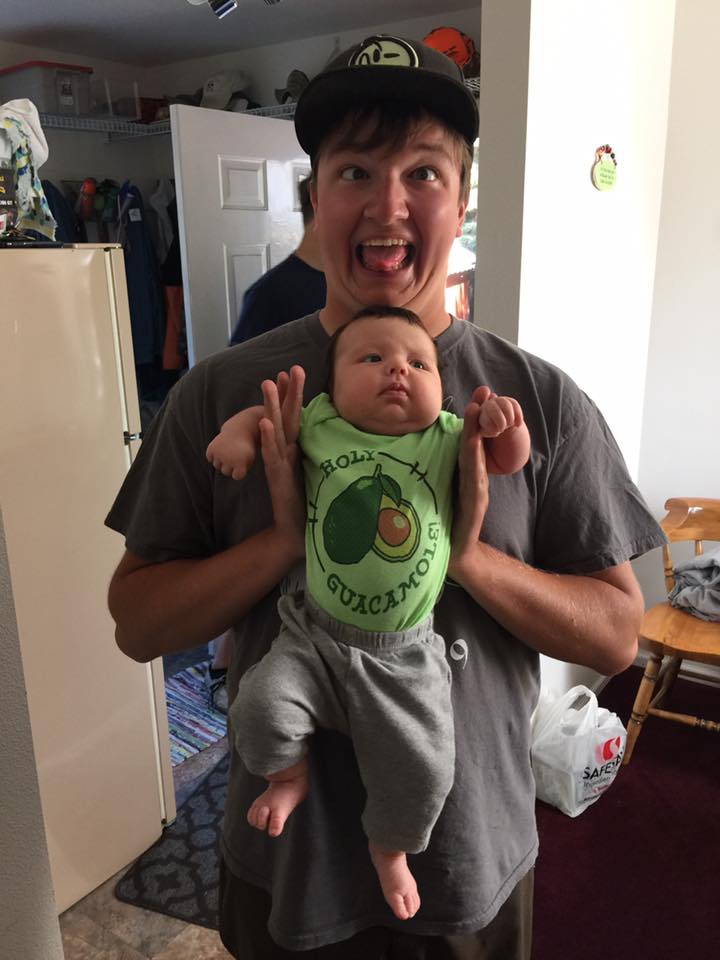