I still need to add in my sources, incorporate my photos, cut out a lot of fat, and do some grammatical editing. Any topics I missed, need to add, or expand upon would be much appreciated.

Suicide is a huge problem in Alaska and working at a boarding school that has students from over 120 villages, it seems that everyone has been impacted by a suicide. I don’t know if the reasons behind the suicides in Alaska students are similar to the reasons for students at Ivy league universities, but recognizing when a student is depressed and creating an environment in which it is ok to get help are certainly important goals for teachers. It is crucial that students feel safe in expressing when they are stressed out or need some extra help. I think many suicides are probably very preventable if teachers, counselors, friends, or family new how depressed the person really was.

Social media has sort of taken the place of direct conversation and is a really great tool to effortlessly stay in tuned with people’s adventures. For the most part though, social media isn’t a platform though where people share how they are really doing or feeling. People only post photos they are proud of, or the happiest moments in their life. Because of this, I think people tend to misjudge how people are actually feeling and unfortunately some friends and family slip through the cracks. For this reason, it is especially important to take the time to have real conversations with people, ones where they open up and tell you what is actually going on with them.

As I’ve been working more closely with teachers in the high school, I’ve begun to appreciate the amount of time an effort they spend on their jobs outside of working hours. Again, and again I get emails from teachers well after 5 pm or during the weekend. I’d be lying if I haven’t asked myself several times if it’s worth the effort.

My main concern is that I feel like I’ll have to choose between being a great teacher and having some free time on the weekend. Dismissing the notion of a perfect lesson I think is a valuable idea to take home. I can see how easy it would be to spend hours working on a lesson, and never feeling like it’s as good as it could be. I think allotting myself a certain amount of time for work and then calling it good so that I can focus on some mental health will be key to avoiding burnout and maintaining that positive mental attitude that is crucial to being a good teacher.

Also, understanding that some people are disadvantaged but not lowering my expectations is important. Instead, focusing on guiding them to succeed by “pushing past the textbooks.’ Incorporating life lessons into the classroom when necessary and creating a culture of high achievement are stepping stones that will help any student succeed. Knowing that I care about helping all the students get an opportunity to succeed will not only cause me to be a better teacher, but also keep me motivated to continue teaching.

Putting what teachers are doing in perspective is going to be crucial to sticking with it. The amount of positive impact teachers can have on a child’s life and the future of society is huge. Recognizing that teachers can provide opportunity for marginalized students and help make it possible for them to succeed in the game of life when the odds are stacked against them is incredibly inspiring.

I feel student centered learning is certainly a more effective way to educate today’s youth, especially because of the diversity we have in our schools. Students come from a wide variety of backgrounds that will dramatically affect their ability to comprehend certain methods of teaching. Unfortunately, personalized learning takes a lot of resources and a lot of out-side-the-box thinking by teachers. Personalized learning would be much more plausible for teachers if they taught for maybe 3 hours a day, had 5 hours of preparation time, and had around 15 or less students to a class. It is also tough to deviate from a standardized curriculum when the focus is so driven towards standardized testing. I hope that schools work towards more student-centered learning, but it’s a long slow road and is going to demand a lot of work and ingenuity from the teachers. I also think integrating technology into the classrooms will be essential in effectively creating a personalized curriculum for the students.

At Mount Edgecumbe High School we have an incredibly diverse population of students from 120 different villages from all over the state. In English classes teachers try to select books and texts that are from Alaska and relevant to the student’s culture. Math teachers write problems that incorporate images from interior Alaska so the that students can activate prior knowledge and connect a familiar image with the math content. For many students, proper English language is new and fairly challenging to understand. Fortunately, at MEHS, many students’ cultures are similar from around the State, which makes some unilateral adjustments across the school possible, but the personalities and needs of each student still vary immensely and require a lot of individual attention.

DACA is an immigration policy that is designed to protect young illegal immigrants from deportation and allow them to legally work and go to school within the USA. The act has a lot of stipulations. The illegal immigrants must be within certain age groups, have no major criminal offenses, have less than 3 misdemeanors, have lived continuously in the USA for a length of time, and have paid almost 500 dollars to apply for the permit to work. Most of these people have gone to school in the USA and some have even served in the military.

Currently, those who were protected by DACA are under possible threat of deportation because President Donald Trump decided to rescind the policy and put the matter to congress. The main argument behind terminating DACA appears to be that the policy was illegally created in the first place and that they are too many illegal immigrants in the USA.

I don’t really know how much impact illegal immigrants have on our economy. I also don’t understand how the policy was enacted illegally. Without knowing this information, I still feel that I can reasonably say terminating DACA is not going to positively impact anyone. The people covered under DACA are young, law abiding citizens who are here to work. I can’t imagine they are a detriment to our society. As far as taking jobs from other USA citizens, these people are some of the most disadvantaged people in our nation and are probably a last pick for most jobs. I would also venture to say that it seems completely unfair to deport people who have already paid money for the right to work in the USA, even if was only a temporary permit. If there is a legal problem with how this policy was passed, then something legal needs to be done to take care of these people. Kicking the people covered by DADA out of the country is not a practical, or ethical option.

This website describes what it takes to qualify for DACA. 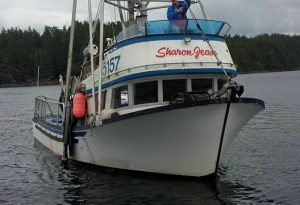 My name is Alex Weissberg and I was born and raised in Sitka, Alaska. I’ve been a commercial fishermen in Southeast Alaska for the last seven years and I decided that killing copious amounts of fishing was not fulfilling enough. For that reason I’m back in school studying to become a math teacher. I enjoy travelling and pretty much anything outside. I definitely prefer living on coast and spending ample time either on or in the ocean. As far as this education program goes, I see it as a whirlwind of learning that I hope will prepare me to learn how to become a good teacher! 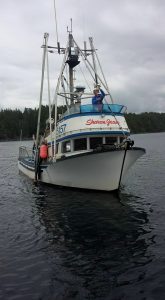