My outlook on what makes a productive learning environment is a combination of an organized art classroom with proper safety protocols in place, with a teacher who interacts one on one with students and works to build quality relationships as well as furthers their understanding of the content area.

Before you can have a productive learning environment in an art room, you need to have a room in which there is plenty of space to work as well as space for students to store works in process. The room needs to be organized and well stocked so that students are not searching for tools or supplies, which takes away from the short time they have to work each day. It is important to employ proper classroom management strategies to ensure that the room stays safe and tools are used properly.

Connecting with students and building a professional rapport is critical as students will respect and abide by classroom rules. Students are their to learn and need instructors that fully understand the content area in which they are teaching. Having a qualified instructor is important because it will maximize the students achievement. It is also important for a teacher to keep up with the changing times, and in the art world the new and ever changing techniques and mediums.

For my observation I sat in on a studio art class taught by Mrs. Haggland. I did my student teaching with Mrs. Haggland last year, and when I watch her now as a colleague, I am in awe of how smooth she makes teaching look. Her students respect her and it shows.

It was a work day for the class I sat in on. Before the final bell even rang, students were in her room collecting their pieces off the shelf to start working on (tonal line drawings). I really didn’t get to see her open with a new lesson because it was a work day. An effective management strategy I saw was when she walked around the room and checked in with each student to see how their piece was coming. Having that one on one with each student allows her to help those students who are stuck or push the students who are just not working on anything.

The students were pretty excited and were working all through class on this project, so I didn’t really see any transitions that Mrs. Haggland had to deal with. When the class was coming to an end (last 10 minutes), she got their attention and  instructed them to start cleaning up.

One thing I really appreciated was the students who were done cleaning up a little early were allowed to stand in the hall right outside of the classroom. Here they were able to spend the last couple minutes of class looking at art work that she had hung on boards from all her classes. It works out well that she has boards directly outside of her room, but I love the idea of having students do this rather than sitting idol for two minutes at their desk. It was fun hearing the students talk and reflect on the works they saw on the bulletin boards.

A strategy that I saw that I do apply to my classroom is walking around and individually checking in with students. This is something that is common in art, but I feel is so important in making sure that students are on track and doing what they should be.

This is a blog created by an art teacher. I found several of her post interesting. She talked about organizing art materials, and teaching art myself, I understand how important this is! She suggested ways in which you can label and keep track of simple things like markers so that they don’t “walk” out of your room. Just an overall good blog for anyone out there who teaches art:)

This is an interesting website for teachers. This comprehensive website has resources available to teachers that include lesson plans, organizing ideas, newsletters, and games. I really the like section under classroom management because it lists the different types of students you may have and various ways in which you can discipline that student for their particular behavioral issue.

This is quick and some what entertaining list of top ten classroom management tips and tricks. Although it shows elementary students, the information can be applied to all grades. One tip I liked in particular was connecting positively with students because once a relationship is built, students are more likely to listen and behave.

The article by Paul Berg, The Future of Alaska Native Education, makes some very valid points.   In my graduate studies I learned quite a bit about multicultural educational issues, including those faced in our local Alaskan Native communities.   I am in favor of indigenous people building their own educational programs that implement their culture and customs.   Alaska has come a long way over the years in regards to the westernized world’s view of Alaska Native communities.   Westernized society has tried to implement their perceived better ways through religion, education, and other societal norms.   What should have been a chance for westerners to learn from the indigenous way of life, and an opportunity for the indigenous to take what they want from the western society, actually turned into a force feeding situation that was controlled by the majority.   The western lack of ability to compromise and have consideration, in many ways ruined a relationship for generations to come.

Westernized educational systems and practices in bush communities have had a rough beginning to say the least.   The creation of boarding schools and sending parents’ children to far off places to live and learn in communities that were unalike to the student’s home life was the western solution that would solve everything.   Alaskan indigenous peoples did not have a say in how their children were educated, which in the long-run turned out to be a terrible mistake in the westerners method of operation and outright attempt to rule the world of all who are different.

Fortunately we have had people who have viewed what has happened in Alaskan and other indigenous communities around the world and identified not only what went wrong, but also what could and should be done.   Education is such a beautiful thing, but only when it is administered in a fashion where the lessons are tailored to the students and their culture.   Students need to be able to put into context with their own real-world the lessons that they are learning in the classroom.

Having Alaska Native educators that have be trained in a place-based setting, but have received   a distant delivered form of higher education is a way to grow the number of teachers in the bush.   This practice is already in action at the University of Alaska through the Department of Native Studies & Rural Development. Students in the program have the option to earn a Bachelor of Arts degree through their distance “Applied Field-Based Program” program, or on the Fairbanks Campus.   The goal according to the DANSRD website is to “educate a new generation of community leaders for rural Alaska. “

The four rules that apply to all of the classes I currently teach are:

Be kind to others

Stop what you are doing when the instructor is talking

I believe that no matter what type of class you are in, students should always be kind to each other. It should be a universal theme in all classrooms. In art, which is what I teach, it is extremely important to respect the tools and materials. Many of the tools that students will use in art classes are not cheap and cannot be easily replaced, therefore respecting the materials is extremely important. Another rule I believe to be important is that students should always stop what they are working on and listen when the instructor is speaking. Again, in the art room, if the instructor is speaking, the student’s full attention is needed. The instructor may be going over crucial instructions about equipment being used or specifics of a particular art project. And last but not least, always clean up your mess. This is SO important in any art class. In high school art classes, the students are sharing the art studio with a number of students that are in and out of the room throughout the day. If a student does not clean up his or her work area, the mess is left for the next student who enters the room. Every student should be given the opportunity to start there work day in a clean environment. As an art instructor it also important to allow the students enough time at the end of class to be able to clean up.

This is a link to an article that talks about the mistakes that new teachers commonly make when creating rules for the classroom. It’s an interesting read with several good points.

My name is Amy Hanson, I currently live in Fairbanks Alaska, which is where I was born and raised. I graduated in 2009 from UAF with a degree in photo journalism and a minor in art. Just over a year ago I decided to go back to school to get my K-12 art license along with an M.Ed.

I did a practicum last fall at West Valley High School and an internship in the spring with the Art Center, which is the K-6 Fairbanks school district’s roaming art teachers.

I was fortunate to be hired on as a full time art teacher just a few weeks ago at West Valley. There I teach ceramics, jewelry and Native Arts. This is the last class I need to get my license. Currently I am teaching under a provisional license.

Other than teaching my interests include: baking, traveling, photography, shopping for antiques, and working out (did my first half marathon in August).

Looking forward to working with everyone in this class 🙂 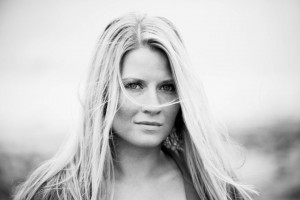