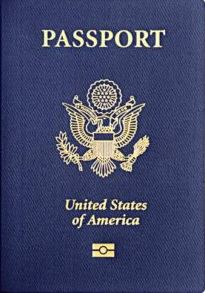 I dislike playing games were the rules are not common from the start.   In my youth, I played these games only to prove to the other team I would win when the deck was stacked against me and my team.   We (Americans) are a nation governed by and kept orderly because we (supposedly) adhere to a code of conduct put forth in the constitution, the many laws passed since, and the US code. [code of Federal Regulations -(CFR)]   Many of us have not traveled to countries that are not like ours.   I can speak with experience only about Juarez, Mexico and China.

Juarez, Chihuahua, Mexico, is part of a law-abiding country but has been swallowed up in crime.   It is no longer like El Paso which is right across a very small river.   The rule of law, we hear about so much in the news, does have meaning and is necessary to keep everyone honest but it only holds good, honest people to the law, not the criminals.   The rule of law has failed there.      The fear people have who live there have is real because the “law’, no longer orderly, has not been adhered to but has been over-run by the lawbreakers and ignored or abandon by the law makers and enforcers.   China is similar but in a different way.   China is an orderly society.   Is it orderly like Germany, GB, or America?   In some aspects, even more so and respectful.   By comparison, France is orderly but the people can be rude.   Rude is not lawless or lacking in order…perhaps just lacking a little respect.   Common Chinese business practice is to use shortcuts.   Ex: An entire order (10k+) of manufactured goods can be produce and distributed knowing a defective part makes the item faulty but nothing will be said or done.   The company selling the part must then order another lot (1k this time) to ensure quality then proceed with another order.   This situation describes why so many Americans are living in Chinese manufacturing districts as liaisons or contract negotiators for American companies.   Dishonesty is a way to succeed in business.   This practice pertains to everyone, even Chinese-Chinese orders.   Shortcuts are fine if one gets away with them. If one can get away with giving a buyer the “shaft’ then so be it.   Laws in these places are understood for what they are and what they hold or not hold people to.

US Immigration law is written and well understood by everyone who reads it.   It isn’t hard to figure out the intent of the law. The following are taken directly from the US code:

Lawfully admitted for permanent residence means the status of having been lawfully accorded the privilege of residing permanently in the United States as an immigrant in accordance with the immigration laws, such status not having changed. Such status terminates upon entry of a final administrative order of exclusion, deportation, or removal.   (this doesn’t add “inclusion’)

A presidential memorandum is a form of final administrative order.   The problem with these and executive order is they are not laws, acts, bills, or any other form of law.   They are directives in place of laws…a temporary fix while the solution is ongoing.   The DACA memo of 2012 is not anything but breaking the US code.   The solution has been ongoing my entire life making the need for a memorandum obvious but this 2012 memo, as we see above was itself, unlawful.   Making this issue part of a Defense Authorization Bill is unconscionable.

Since most of our previous generation was in elementary school, I have heard about and reported on this issue from the news. The boat people from Cuba and Vietnam et.al. in the 60s and 70s…and on it goes.   If our elected officials, including the presidents, would have dealt with this issue through the system already set up in the US code and not in the media we would be discussing how to better deal with cell phones, behavior and literacy in the classroom and not a social issue, why our country is divided, or the pathetic excuse for journalism protected by the bill of rights we now suffer with and through.   What aggravates the mind is how a member of a law-abiding society can support lawlessness while expecting their privileges and benefits of the law-abiding society they chose to continue. (sounds a little like the #3 definition of insanity) This is a walk on the precipice that may eventually end in a lose-lose situation for citizens and illegals in the entire country.  Title 8 IS the law of the land and it should be upheld by all law enforcement agencies in the US, of which the POTUS is chief.

I have Cuban friends in Florida and Virginia, Mexican friends in, NJ, Atlanta, El Paso, Virginia, Fairbanks, and Filipino friends in Virginia who are all naturalized citizens.   My wife was born British but is now American.   These people all want the illegal aliens to leave now and do citizenship the right way, just like they did.   We are a nation of law-abiding people and if I’m not mistaken, everyone would like to keep it that way.   I don’t want to see the culture or events in Juarez coming to America.

3 comments for “What Everyone Wants”