I don’t follow every little political happening in the news. In fact, I never watch the news because it is so full of bias, ignorance, and celebrity gossip that I can’t really deal with it. I was unaware of DACA before looking it up. It is indeed an extremely sensitive topic, I can see. In my opinion, we should not have laws that we are not able to enforce. So, if we have a law, it should be enforced, or it should be rescinded. That being said, obviously as a nation, immigration laws have not been enforced much or there would not be such great numbers of illegal immigrants. The problem has become convoluted and complex now.

A child who is brought illegally to a country by his or her parents/ relatives doesn’t really have a choice in being here. They do the best they can with the life they are given. I firmly believe that children should be with their parents if they have good parents. Therefore, if the children have parents in the country who are legal, they should automatically be given legal status. If the minor children’s parents are deported, I think the children should go with them.  I do think there should be special considerations for immigrants who arrived as minors and have lived in this country for a certain period of time and who are attending school or have been working steady jobs.

Because we have such an incredibly large number of illegal immigrants, it would certainly behoove the government to have a priority list of deportees. Those with criminal backgrounds and those without jobs should be the first to go. There are plenty of individuals who come into this country as legal immigrants following the proper rules and procedures. If those seem unfair, maybe some of those rules/regulations can be adjusted. As an example, I have to have a legal driver’s license and insurance to drive, and I get ticketed and prosecuted and even jailed if I don’t follow the rules of driving. I expect that to be the same for everyone else in this country. The rules apply to all, period. Some of the rules are a pain in my butt to follow, so I’m not really about to say, “Sure. I’ll follow the rules, but you don’t have to.” I know many immigrants who followed the rules and became legal citizens of this country, feel the same. They went through the work to do it right and so should everyone else. That is why I believe in personal responsibility, small government and few enforceable laws. It avoids big messes like illegal immigration in America. Here is an article that discusses DACA well:  https://www.telegraph.co.uk/news/0/daca-dreamers/ 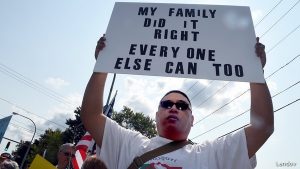 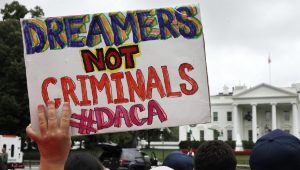