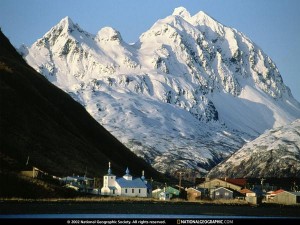 “The Future of Alaska Native Education” written by Paul Berg is a very interesting article highlighting the issue with rural, native cultures losing their culture, still today, to western ideology and culture. Having personally grown up in an Alaskan Native community from the ages of 3 to 14 years old, I can speak on behalf of the place I call home, an Alutiiq Community of 300 at the time, now the population is down to about 100, on Kodiak Island called Old Harbor, that there was a strong sense of reincorporating traditional Alutiiq heritage into the classroom. They would have the elders come in and teach us, as elementary students, the Alutiiq language, Alutiiq dancing was an extra curricular activity every day after school and was performed at all of the school events, and a Cultural Heritage Week took place every May where we, as students, would do bead work, basket weave, and make bent wood hats to name a few. Although I am not Alaskan Native myself, I lived in Old Harbor because my parents were teachers there, I had such a wonderful time experiencing the Alutiiq culture while growing up, and feel very fortunate to have done so. I can truly say that it is so different than a non-native community and that’s what made it wonderful, and I personally want it to stay that way. The more Alaskan Native culture that village schools can bring into their schools the better, in my opinion.

← Culture in the Classroom
From the outside looking in… →

7 comments for “The Future of Alaska Native Education Response”