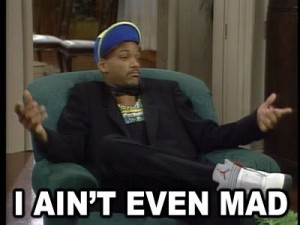 The funny thing about my observations, and I explain this in both my protocols and our weekly check ins about our observations, but all of my observations feature teachers who have terrible classroom management skills– and they are the first to tell you that.

I have observed several of Mr. Cheney’s Spanish courses, most of which do not have spectacular classroom management. To give him the benefit of the doubt, I seem to always pop in at the least opportune times. When I arrive in his class, it has always been a preview lesson, a review lesson, a test or a spanish movie day. None of which have much teaching going on. Transitions are nonexistent and Mr. Cheney is either ignoring or correcting behavior in a casual manner, without any rhyme or reason. But, Mr. Cheney seems to be one of the most liked and respected faculty members in the school; it seems it is because of his respect for his students, his one-on-one rapport with the students, as well as the extra time and effort he puts into extracurricular activities (he sells soup to help raise money for the Spanish club).

I also have observed several of Mr. Grassi’s classes, most of which would be coined as exhibiting poor classroom management, according to our handbook. HOWEVER (just for you, Ben) Mr. Grassi shows and exuberant amount of respect for his student’s and his students respond in kind (of course, being SWAT trained, the fencing coach and make amazing Star Wars references AND having Star Trek posted everywhere would earn you respect real quick!)

In my opinion, you don’t need a book to tell you how to run your class. Granted, for a lot of people it helps. But in my experience, when there is a standard list of things, suggestions, and ideas that an organization is given (and make no mistake, the public school system is an organization down into the classroom level) you take what works for you, you modify what could work for you, and you throw the rest away. That is new organizational theory 101.

And the picture means nothing, its sort of school related; I just figured I never post pictures and everyone else does– so I thought I would start. . . .well I guess if I were to think about it, it expresses my feelings on the poor classroom management observed in my classrooms at Lathrop. : P

← Managing the Class
Reflections on my Virtual Classroom Observations →