Like Ben, I felt drawn towards the blog section of the website. Also like Ben, I felt like writing about the article that was trying to address a new definition of books and reading in general. However, since it wouldn’t make for a very interesting blog to regurgetate the words that someone else has said before me, I chose a new article.

The article that I chose concerned the idea of teachi 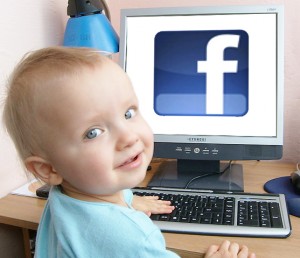 ng elementary students how to use social networks. Although I am sure that I will be met with great opposition (especially after this afternoon’s discussion in the computer lab), I am totally and completely against Elementary-aged students using a social networking site, like FaceBook or MySpace, in general or for school-based learning.

To disclose, I am not a FaceBook or MySpace user, but have been at some point in the past. I have been clean for 2 years now (I was a FaceBook user for about a year) and do not plan on turning back from my recovery. I could rant for quite some time about the many reasons why I find such sites repulsive, but instead, will focus primarily on the points covered in the article.

I am not necessarily against using a properly channeled and protected site in order to create a communication between students and staff within a school setting. I feel that as long as the system is strongly monitored and protected by outside influences, then the site could be relatively beneficial toprogressing students’ education. I like the idea of students being able to communicate directly with one another, as well as with the necessary staff members, and to be able to do so in a monitored environment. Normally, I am very much against the idea of “big brother watching,” as would be the case in this particular type of situation, but I feel that when exposing very young children to outside influences, a considerable amount of moderation needs to be in place.

I liked that the author chose to point out the benefits that could stem from a school-based social network and the precautions that would need to be in place in order for an operation such as that to succeed. However, the blogger mentioned, at two different times, her experience of “social networking” in the playground or lunchroom and how these were the only places where such things could take place. Although I already disagree with her on those places being the only places where interactions take place (and yes, I know that she was just trying to be cute and anecdotal), I also disapprove of the tone that she had in regarding those “limited” situations. I think that there is significantly more to be said and honored in terms of face-to-face interaction and that much of the human meaning and purpose is completely lost in a digital world. Words become impersonal and the meaning behind what is being said is constantly under scrutiny for open interpretation. Much is to be said and respected in body language.

Ultimately, I feel that the author made valid points in her discussion, but whether or not I would want to incorporate such a concept into my own classroom is something that I feel would take significantly more thought and reflection than could be done in the time that I have presently  allotted myself.

In the end, I don’t think it matters how students get the material and information that they need in order to do well in school, so long as they actually get the information. Too many times have I have seen students being tested in a class on material that was never covered by their teacher; yet they are expected to somehow know the information and succeed. This is a ridiculous expectation and should no longer be an acceptable route for teachers to take. There is significantly far too much tolerance held by the administrations for such  lacksidaisical activity and there needs to be consequences for such behavior. Within reason, I don’t care how students learn the material, so long as they learn it and it is somehow beneficial to them. Schools are institutions that are designed to help children to become active, contributing members of their society (this is a  very utilitarian breakdown of me, I know, but hear me out). In order for the society to thrive (and survive), its members need to be both well-informed and educated. I just hope that students  who go  through the school system learn more than is expected of them, and that they are learning life skills that will benefit them in more ways than  we could ever hope.