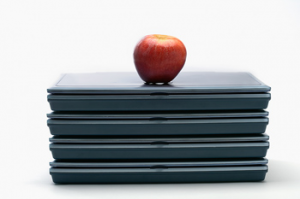 I envision my education program to be chaotic partly because I will be doing it in a year. I imagine that the hardest part will be taking all the information thrown at me and trying to apply it to different fields of study. For instance, I am already trying to think, “what sort of activities could I use in a Social Studies class? What about an English class?’ I hope by the end of the year, some semblance of structure will emerge out of the student teaching and education classes I take. Then, hopefully, my first year will not be tooo bad.

After talking to some of the teachers in the schools around Fairbanks, I am also seeing technology becoming a large part of my education program. The teacher are having to train, in order to use smart boards or how to integrate technology into the classroom. I imagine there will be a fairly large emphasis concerning this during my student teaching. Although I believe in adding technology to the classroom, I believe it provides a temptation for the teachers. Much like teachers who read straight from a text-book, I think there is a danger of teachers becoming super-reliant on technology as a “textbook’ instead of putting time and effort into a well put-together class experience.

As far as my observations went this week, I found the good and the bad. In a social studies class, I found a teacher who seemed to rely heavily on documentaries to teach his class. He showed one while I observed and I found out later this was one of a series of ten. Now, I do not think showing videos in class is of the devil; however, I do believe they should be shown few and far between. It seemed as if the videos were almost an escape from having to deal with classroom management. One thing that I did learn from this particular teacher was the concept of power-point essays. It is a method which provides an alternative for typing or writing out a full essay. It is a very good way of introducing the main concepts behind a well structured essay by having the students create slides outlining the main arguments that support their thesis. I cataloged that use of technology away in my brain and will unashamedly steal it if the need arises.

← You Can Thank Star Trek
Are We Having Fun Yet? →